The Basic Teachings of The Buddha

THE BUDDHA AND HIS TEACHINGS
By Venerable Nārada Mahāthera

Reprinted for free distribution by
The Corporate Body of the Buddha Educational Foundation
Taipei, Taiwan. July 1998 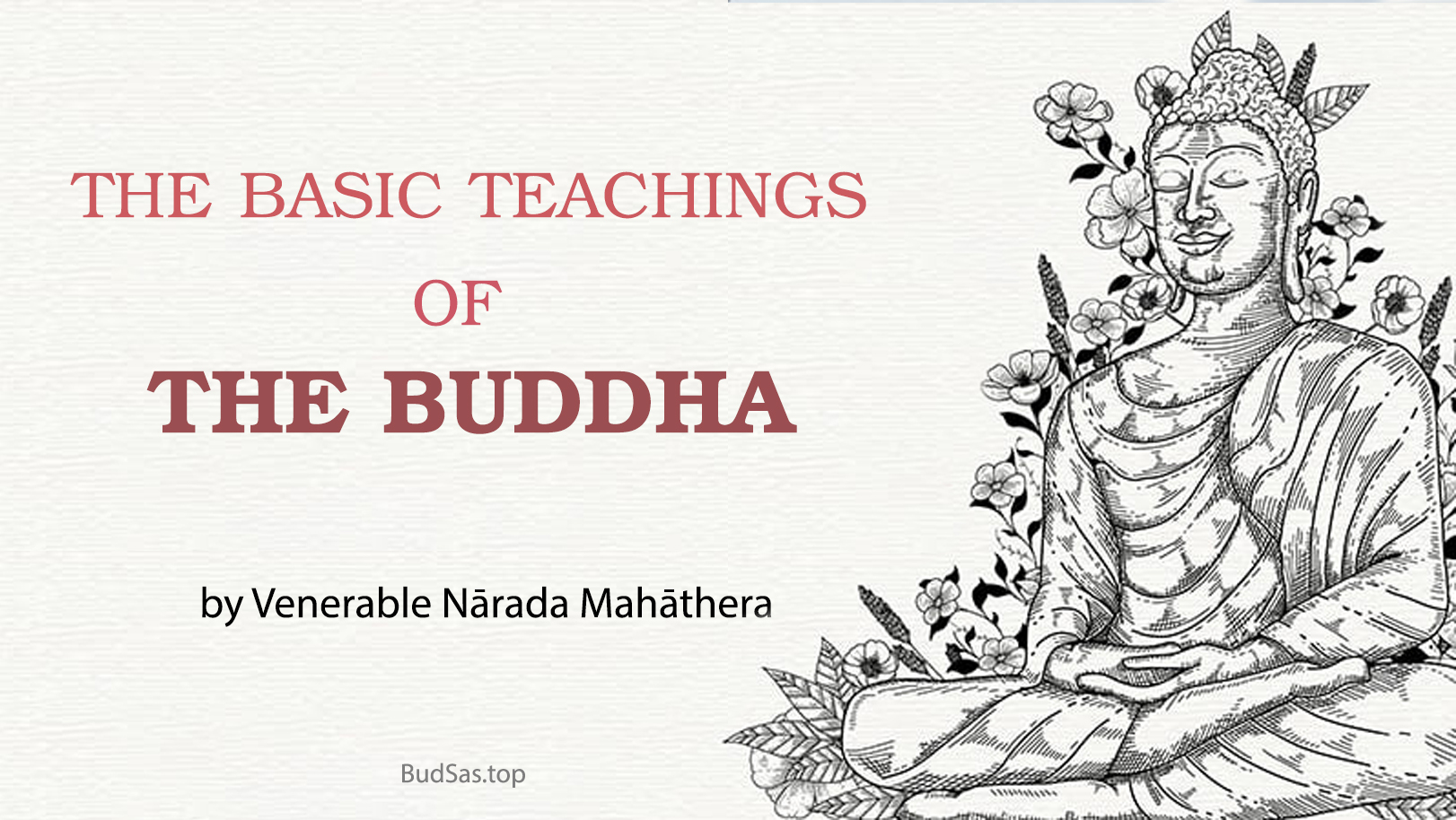 This is one of the clearest and most detailed introductions to the fundamental teachings of Buddhism available in English. In simple and lucid language the author explains the doctrines and concepts which form the common bedrock of Buddhism as they have been preserved by the Theravada school. The first part of the work is devoted to the life of the Buddha. The remainder of the book explains in detail the Buddha’s teachings, the final chapter showing the relevance of Buddhism to the problems of modern life.

The Venerable Narada Maha Thera, born Sumanapala Perera (14 July 1898 – 2 October 1983) was a Theravadan Buddhist monk and translator, the Superior of Vajirarama Temple in Colombo. He was a popular figure in his native country, Sri Lanka, and beyond.

He was born in Kotahena, Colombo to a middle-class family, educated at St. Benedict’s College and Ceylon University College, and ordained at the age of eighteen.

In 1929 he represented Sri Lanka at the opening ceremony for the new Mulagandhakuti Vihara monastery at Sarnath, India, and in 1934 he visited Indonesia, the first Theravadan monk to do so in more than 450 years.[1] From that point on he travelled to many countries to conduct missionary work: Taiwan, Cambodia, Laos, South Vietnam, Singapore, Japan, Nepal, and Australia. In 1956, he visited the United Kingdom and the United States, and addressed a huge crowd at the Washington Monument. On 2 November 1960 Narada Maha Thera brought a bodhi tree to the South Vietnamese temple Thích Ca Phật Đài, and made many visits to the country during the 1960s.

Along with others (such as Piyadassi Maha Thera) he contributed to the popularization of the bana style dharma talk in the 1960s and brought the Buddhist teachings “to the day-to-day lives of the Westernized middle class in Sri Lanka.”